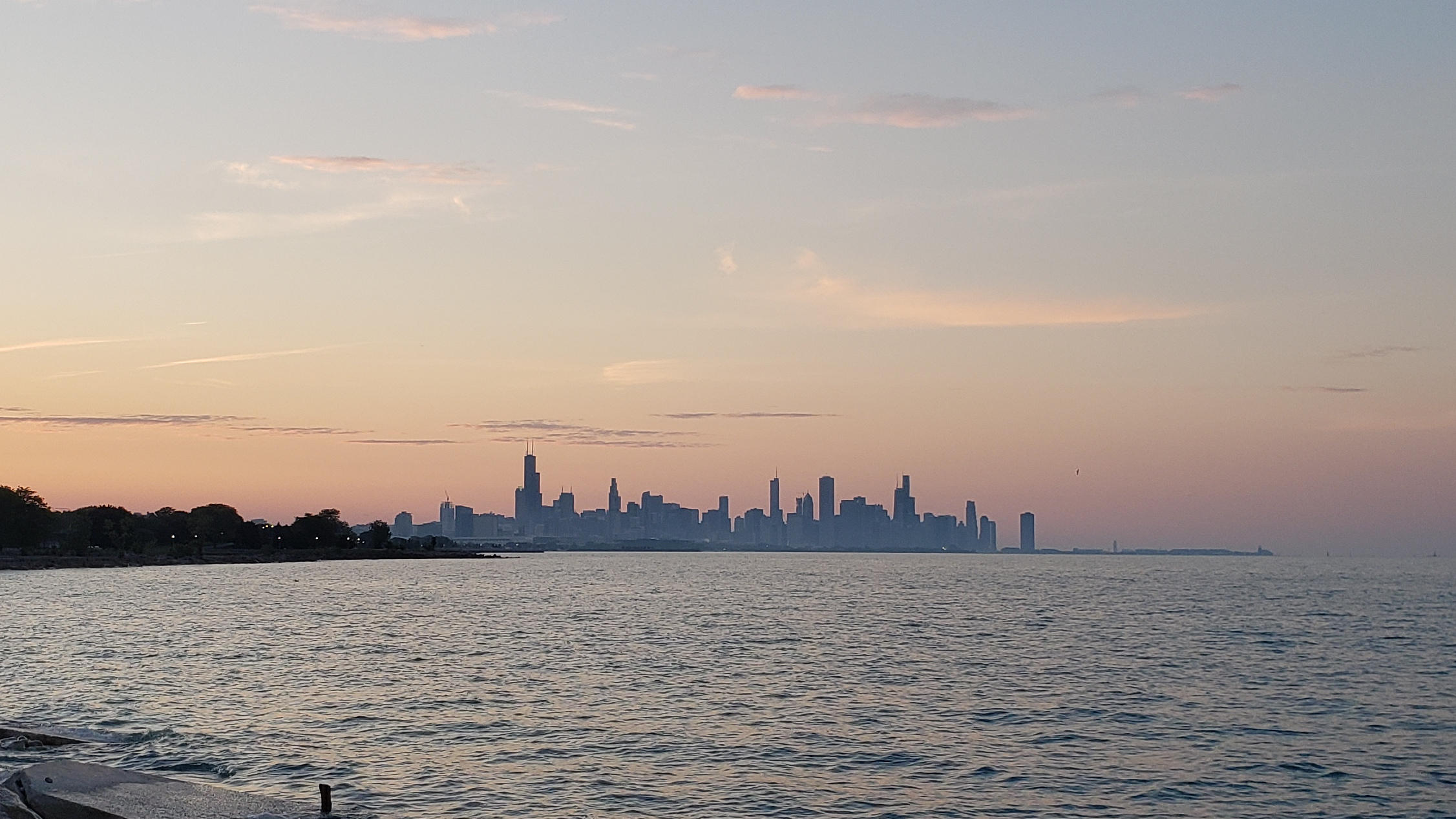 It’s been an exciting summer, because I’ve moved to Chicago!

Let me tell you a little about the journey so far:

The main reason I moved is that my boyfriend John lives in Chicago! We’ve been dating for almost 3 years, and it’s been a long-distance relationship.

The long-distance part hasn’t been too bad, as my hometown Champaign is only 2 hours away. But during the pandemic, that distance felt a lot farther! So, we decided to move in together.

I’m keeping the same job at Granular. My work gave all of its employees the option to keep working remotely. That’s too good an excuse to pass up. I don’t think I would have chosen to become a remote worker without the push of the pandemic.

When I was in college, I lived in the bay area for a couple of summers during internships. Those internships were stressful and part of it was I wasn’t vibing with the city life.

I’m in a different mindset at this point and I want to try it out again. Chicago seems different from the bay, and this time I’m still in the same state as all my friends and family.

I looked into hiring a moving company, which was going to be a few thousand dollars. And it just didn’t seem quite worth it, because I don’t own that much. (Turns out I own waaaay more stuff than I thought. Where did all this stuff come from?)

Instead, I borrowed my family’s minivan and drove stuff up here on the weekends. It took “only” four trips.

One extra bit of excitement: when I came back to the previous house that I was renting for the last load, my house had been broken into! Someone must have realized I was moving, and they took the TV while I wasn’t around. Luckily, I had renter’s insurance and nothing that I really care about was taken (they left my instruments alone so I’m happy). Since I wasn’t living there anymore, it didn’t feel like a huge deal. Instead, it felt like one more thing to deal with during the move.

Still, the takeaway was I’ll pay movers next time, to get it all done in one fell swoop. Moving was complicated!

How it feels so far

I keep forgetting I’m in Chicago. My day-to-day job hasn’t changed, so in many ways, my life is the same. Maybe I should change my wallpaper desktop background to a Chicago skyline to remind myself that I’m here.

I can’t miss the Chicago when I step outside though. The buildings are tall and there are a lot of people walking around. There are 5 coffee shops within a couple blocks where I live. That’s a dangerous omen for my caffeine intake!

John and I went to the IKEA to furnish our new apartment, and that felt like a very Chicago activity. Mainly because driving up to IKEA was something I remember doing with my family as a kid. We still have a lot of apartment setup to do. We have a new couch being delivered in a couple of weeks, very exciting.

So far, I’ve only been to downtown Chicago twice. Both times the weather was beautiful and reminded me also of visiting during school field trips. I definitely still feel like a tourist, maybe because I ended up taking a lot of pictures.

I know a fair amount of people who seem to be looking for a post-pandemic reinvention of themselves. I’m realizing that I’m doing this slightly too! But not really on purpose, it just worked out that way.

Moving to Chicago is mainly for me and John to start living together. The excitement of the city and going fully remote are icing on the cake. Yes, the move itself was a little bumpy, but now that I’m here, we are slowly feeling more settled.

Living in Chicago isn’t actually too different. And, my plan is to visit Champaign Urbana often, to see my family and friends. We’re actually heading down there to visit tomorrow afternoon. And then after that, we have plans to camp with friends on the 4th of July. The summer vibes are looking good. I’ll keep you all updated on how it goes!

I’m perfect at being me